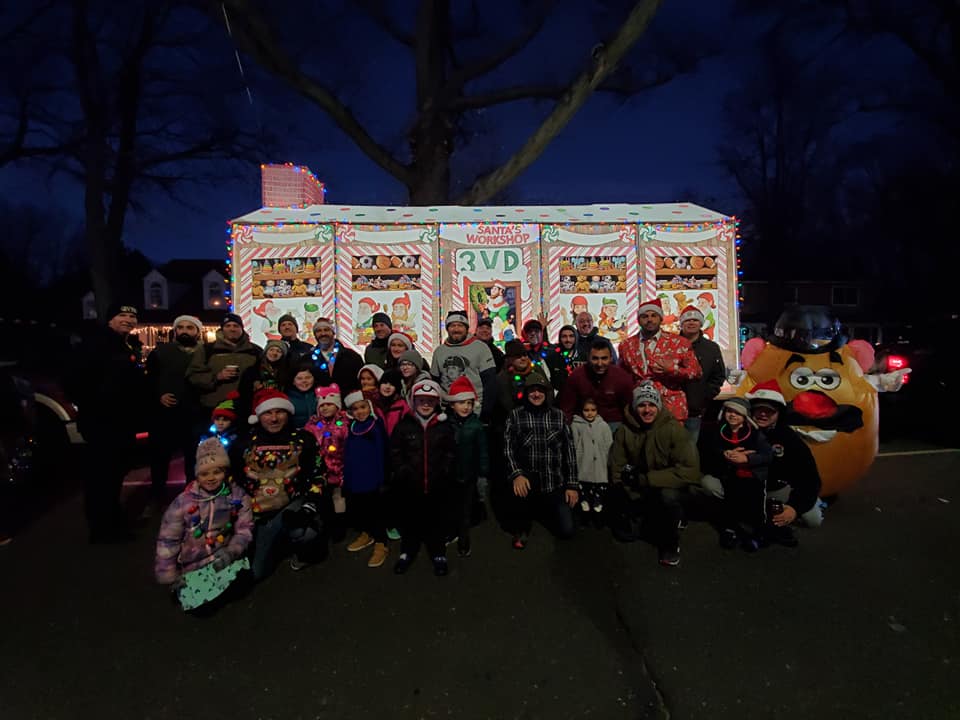 It has been a hell of a year for 3VD. We have come so far in such a short time that I can’t believe a few of the things on this list below actually took place in 2019.

I hope that everyone has found one reason or another to enjoy our group and the content we put out. Whether its recommendations, jokes, local news, charitable activities, or even politics…3VD is for many and myself included, the only reason to stay on Facebook.

Happy New Years Gentlemen, thank you for all you do, enjoy this 3VD Year in Review!!

(Not in perfect Chronological Order)

💉🩸Held 3 blood drives at the Stony Brook Hospital Blood Bank, each with about 40-50 donors

♥️🏥Held a “Stop the Bleed” and CPR course. Thank you Colby Rowe for facilitating that.

🌭🍔Held our first 3VD Family Pot Luck BBQ. We had over 200 people attend, 40+ businesses sponsor, and a great time by all. Thank you Chris Carson and Evan Proios for letting us use the space in South Setauket Park. Thank you Mike Rutowicz for DJ’ing, as well as everyone else who pitched in.

💵👍🏼That BBQ along with a very successful GoFundMe fundraiser raised $12,000 for the Stony Brook Children’s Hospital. Our first large scale fundraiser.

💡🏠We purchased a step as a group in the refurbished Fire Island Light House. Thank you Robert Ward for setting that up.

📰🔊Created a Public Page where we can better connect with the outside world but keep our daily activities in the group private. We now have 1300+ people following the good things we are doing in our community. Thank you Matthew Matthew J Niegocki for helping with that.

🏆3VD was honored by the Three Village Chamber of Commerce for our work with local businesses in the community.

⚾️⚾️Mets vs Yankees Subway Series game, we rented a bus and had about 25-30 members with family attend.

📜📰Created the Three Village Dads Foundation. A organization dedicated to the betterment of 3V.

🌱🌱🌱LAWN CRACK! Had a very extensive lawn care debate where many of us attempted to have the best lawn in 3V. Many failed to match up to Benny Fi or Sean Argyros

💸💸🎰We tried to win the lotto twice. I think we had close to 100 guys all pool in with their own ticket.

🏌️‍♂️🏌🏼💵💵Had our first of many 3VD Golf Outings. We had over 100 members play and help raise money for the Setauket VFW Post. We raised $15,000 for the VFW. Over 50 businesses sponsored and/or donated to the event. Thank you John McGregor and Island Federal for being our title sponsor. They donated $5000! Thank you Steve Ryan for all your help. Many others helped as well.

🍻☹️We had a farewell party for the one and only Fritz. Over 40 3VDs attended that. Thank you Ben Saraydarian and The Country Corner for hosting.

🍗🍗A handful of members attended the VFW’s Chicken BBQ.

🚒🚒🎥3VD helped get the word out about the Stony Brook FD movie night. A bunch of guys attended

🎣🎣We had our first group fishing trip on the Osprey out of Port Jeff. Over 40 members with family attended that. Thank you Steve Michael for setting that up.

🗣👥👥We began monthly meetings held at the VFW Post. Each meeting has had anywhere from 50-75 members attend. These meetings are also live streamed via Facebook Live so that all members can watch. At these meetings we discuss past and upcoming events, local issues, ideas on how 3VDs can get involved, etc. We also drink a ton of beer and put a few bucks in the VFWs pocket so that they can continue to improve the Post.

🔌🔧🔨With the huge help of Michael Ehrlich, I redesigned and reconfigured our group recommendations list. Now called the 3VD Yellow Pages.

🧱🧱A bunch of members have purchased bricks at the Navy Seal Murph Museum. Thank you David Bitman for organizing.

🥫🥪🍞We had our first huge food drive. Thank you Michael Ferrara and Ed Crepeau for spearheading that. We collected a ton of food at our monthly meetings as well at drop off locations around town. Ed even stood outside Stop & Shop and collected. The food pantry at St. James Catholic church in Setauket was overwhelmed with our efforts.

🎅🏼🎁🎄Had our first Holiday Party in two locations. Most at the new Setauket Firehouse and the other bit at the VFW Post. We originally planned to only have it at the VFW but we quickly outgrew the space there when RSVPs started rolling in. We had over 175 people attend including 70 children. Each child received a gift from Santa played by our very Thomas John. The party was paid for by over 40+ generous sponsors, mostly local businesses.

🎮🧸🎁At the Christmas Party we collected toys to donate to the Stony Brook Childrens Hospital. We received over 300 gifts to donate which was in fact too many for the hospital to accommodate. So we split up some of the gifts and gave to a few other local causes such as the St. James Church and Mount Elementary School to name a few.

📻🎤I was invited to be a guest on a radio show to discuss all of the good things 3VD has done. Thank you Nick Stabile for getting me on.

🚛🚨💡3VD with the special guidance and efforts of Carmine Inserra Inserra, Patrick Michael, John Boater, and Joseph Muratore, to name a few, put together an amazing float for the Three Village Electric Light Parade. Many others helped color and build the float. Truly a huge team effort. We had 15 members and family march alongside the float and hand out candy canes as well as Three Village Dads Business Cards.

⭐️🛸🚀With the help of John Karnbach and Steve Wong, 3VD was able to coordinate a Star Wars character trip to the Stony Brook Children’s Hospital. This event was televised on multiple TV stations and seen by thousands. It was a great cherry on top to what has been a fantastic year for 3VD.

‼️‼️There are many things I have missed, so if you can think of anything please feel free to add it in the comments. Thank you everyone who has made this year possible. I cant wait to see what 2020 holds for us.

Please take NOTICE:
The Three Village Dads Foundation is not liable or responsible for: statements made , views expressed or the comments made by individual members of this Facebook group. Those expressions are their personal thoughts and opinions and may not reflect the statement or mission of the Foundation.
Comments of foundation members on social media are their own views and not that of the Foundation. The Foundation is not affiliated with any social media groups or pages except its own Foundation Page. (not the public dad’s page or dads fb group,)
This private group page is based upon the idea of free speech and the open exchange of ideas and information. Reasonable procedures will be taken to ensure privacy , however, the Foundation is not liable or responsible for the content posted by the members.
Membership in the Facebook Private Group does Not reflect affiliation with the Foundation. The Foundation is governed by and represented by the Board and Officers.
Copyright © 2022 3VD Foundation, all rights reserved. Powered By U.S. Digital Sciences Corp & Heart and Cross

Register for the newsletter

By filling out your email below we will add you to our email list.